Governance in Times of Change

Last week I attended the International Conference – Digital publishing and its governance: between knowledge and power, which was held from April 28th-30th in Paris. The conference was organized by Sens Public with support from INHA-Invisu, tge-ADONIS, CNRS and DARIAH. The conference focused on how digitally induced practices in the Humanities and Social Sciences are transforming the knowledge ecosystem and the governance structures underlying this system. As the conference was mainly in French – although an excellent simultaneous translation to English was available – I only made notes during the workshops and lectures which were conducted in English. The conference is accompanied by a wiki and I presume the recordings that were made during the sessions will eventually be published there too.

In the workshop entitled The Governance of Digital Research Infrastructures, the focus was on the way in which the digital offers new opportunities (and challenges) for the governance of information and knowledge commons and more specifically for the basic infrastructures of which these are comprised. As moderator Philippe Aigrain pointed out, the digital, the commons statute and the non-rivality of information now offer the possibility to separate governance from use rights, as for instance with open source software where no one suffers in terms of use rights and very diverse governance models are possible. In the digital system several commons models can create synergy; they can work together or compete to enrich content. The roles of individuals also diversified, as roles are now based on people’s capabilities, on what they have done (do-ocracies). However, this does not mean everything is easy now, as there is still an asymmetry of power between layers, for instance in the constitution of free software: how do you build a governance process that everyone can be happy with if you have such an asymmetry of power? There are still things that remain scarce and fragile, Aigrain points out, for instance the neutrality of the Internet.

Yannick Maignien kicked off the workshop by discussing governance issues concerning a digital infrastructure for the Arts and Humanities as they came to the front in the DARIAH project. What are the good rules in this respect? There are not only technical constraints: in the construction phase the project also has to discuss rights, power of communities, which business model to integrate all this etc. As Maignien explained, the discussion is not only about how they will govern themselves within this infrastructure but also how this relates to society as a whole and to the users of the infrastructure: what is the ecosystem upon which we build? Are we talking about a real (new) repository or only about technical integration? Maignien points out how in DARIAH they want to create so-called integrated Virtual Competency Centers, which are open for everyone without one having the overall responsibility: each VCC is a distributed center, integration and cross-linking takes place insides the VCC’s. This is important as they are a European project and have to do with the governances of different national infrastructures

At the present there is only a non-European network for users, resources and services. DARIAH’s aim is to connect these infrastructures in order to create a European network of VCC services. It is not about reinventing or destroying these systems, it is still about knowledge communities, about peer review in the digital era, about scientific institutions etc. DARIAH is more about creating a sort of meta-layer. The question remains however: who is governing what (or whom)? According to Maignien, in such a distributed network as DARIAH the governance principles need to focus amongst others on subsidiarity (localized governance), mutualism and interoperability (standardization). 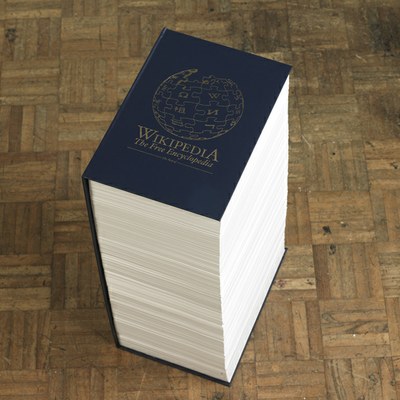 Johanna Niesyto took a critical look at the governance structures underlying the DARIAH project from the viewpoint of Wikipedia-critique. This critical assessment of Wikipedia was discussed thoroughly during the conference Critical Point of View, which was held the month before in Amsterdam and was organized by the Institute of Network Cultures. Niesyto explored what we can learn from Wikipedia (critique). What is the relationship between science, infrasctructure and Wikipedia? Niesyto goes beyond the well-known critique that Wikipedia is ‘anti-academic’ as she looks at the actual medium and the infrastructure by which it is governed. As Niesyto points out, Wikipedia adheres to the NPOV-principle (Neutral Point of View (verifiability, reliable sources). She calls this ‘a forced marriage between Wikipedia and science’. This means governance policies are already built in into Wikipedia, its policies are full of signifiers. Another principle is the NOR-principle (No Original Research). Wikipedia does not want to be about new research but wants to represent it. Furthermore Wikipedia sees itself as a research infrastructure where it actively asks academics to add to Wikipedia to enhance its quality.

So what can we (and DARIAH) learn from this? The (hidden) normativity in the NPOV (instead of for instance a CPOV – Critical Point Of View) points out that in determining what are the good rules for governance we must be aware of the normativity of the work or infrastructure. Where it concerns the goal of DARIAH for instance to create new research questions, this does not adhere to Wikipedia’s NPOV-criteria. In a culture of linking and searching and researching, ‘deep search’ is very important: a critical researcher needs to delve deep, she or he needs to know the algorithm beneath the work/infrastructure: why are things the way they are? We need to understand the infrastructure; it needs to be transparent in order for us to understand the mechanisms behind it. Another good governance rule according to Wikipedia focuses on how research needs to be exchanged in order to create knowledge: we need talk, debate and access to further research. DARIAH’s goal of linking distributed data and exchanging knowledge is in this respect akin to Wikipedia’s aim. However, to create digital democracies, the terms of access need to be clear. Transparency thus remains a must.

Prodromos Tsiavos tried to link the two previous presentations in his talk which focused on the governance of cultural and educational infrastructures. He focused in more detail on how research is conducted and exchanged within a decentralized environment. As he stated, the most important governance takes place somewhere in the middle, there where the organizational procedures, contracts and funding agreements are established. These agreements in specific contexts define the way the governance is actually taking place.

Tsiavos also mentioned how it is hard to identify and contextualize information online. If we would trace flows of value, content and permissions concerning licensing, we can facilitate content flows and see what governance systems are in place. You start with the value(s) underlying your project: what do you want to achieve? Then you adjust the governance to that. But people comment, link, annotate and change content. In terms of governance it is thus very important not to focus on a particular model but on what people actually do, and then you adapt to that. We need to mark the work as it is being amended. We need to make these regulations of governance transparent, so that we are able to intervene and represent governance of things that exist or of things that are in development: even the communities that proclaim to be value/governance free are not: they have cultural/practical governances. This is why we need to look at the middle layer where this governance is being formed by groups. In this way we should try to understand the legal layer of licensing and the way it is constructed, Tsiavos concluded. 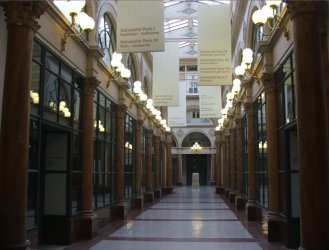 Soenke Zehle focused on the term constitution and on the constitutive role of media: what role do media have in constituting new rules of representation? Zoehle tried to sketch out in his talk the tension or conflict that exist between political constitutions on the one hand and cultural constitutions on the other. This debate has taken on a new prominence and is increasingly taking a cultural turn. It focuses also on the practices of constitution and way networks organize themselves: from below for instance. As Zehle stated, we are now going beyond the idea of a free information public sphere in the Habermesian sense, to a form of geopolitical transnationalism. If we look for instance at the digital in analogy with the political, we see the emergence of politics of the gesture, of a new recombinant culture. Zehle asks whether the notion of governance has exhausted itself in this respect. This is a very important discussion where it comes to governance in the Humanities, where the fact that the actors already presume there is an inability of governance is decisive.

The workshop ended with a nice discussion on the difference between more open networks like social networks and p2p and crowd sourcing communities and more closed networks like for instance academia. Different models of authority exist here, and there are different models of governance for closed vs. open networks. The speakers concluded that whether formal or informal, the real game of scientific production is extra-institutional. Activism mostly plays a role at the fringes of scientific research and this is where the real research innovation is taking place. And this perhaps answers the main question: How to enable new research questions within established institutions? It is all about boundary works.

During the second day of the conference Carl Henrik Fredriksson discussed the challenges and opportunities that have shaped Eurozine, a network of European cultural journals, throughout its history. Eurozine, Fedriksson explained, goes back to 1983 when a group of European editors met in Switzerland for the first time to discuss common issues and themes. From then on this became a yearly meeting. The main idea of Eurozine is the need to establish an exchange between the different media in different countries. As the network grew, Fredriksson elaborated, it became harder to organize these meetings. At the same time the Internet came up and the group felt the potential of the network was not being realized. Then the idea was born to create a real and virtual centre for this network. And this centre from then on has been a network. Today Eurozine consists of 80 full-fledged partners with a printed magazine. Their concept of European is very broad, much broader than the European Union itself, where it also includes Turkey and Israel for instance. Eurozine wants to trigger the exchange between different media in different countries by means of translation. By making a translation the potential readership of a text has multiplied. Languages broaden the reach of a text and Eurozine offers a platform for a text to be translated into more and more languages: in this way a text travels in a paper format from a small language community via the digital environment to another other small language community to end up again in a paper format. Thus the possibility of a common European public sphere, the Habermesian concept of offentlichkei /the public sphere, is evoked.

What are the challenges to such a platform? As Fredriksson explains the main concern is and has been funding. The problem is that Eurozine is a transnational idea, not based in a specific national context. This means they have a mixed funding model where they ask both European and national institutions for money. Their experience is that it is extremely difficult to get something funded that does not have a national focus. This shows how many governance structures are still stuck in the 19th century and based on national boundaries. Another challenge is to mediate between partners, countries, traditions, concepts and cultures. This is a major challenge. You want to prevent the creation of a certain kind of ‘Euro-text’, where you write for an international audience and thus strip a text from its local interestingness. This is exactly what Eurozine does not want to do. The challenge is to try to keep some of the diversity but at the same time still cater to an audience that is extremely heterogeneous.